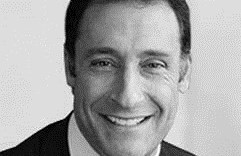 From 2016-2018, Steven served as Chief Restructuring Officer for FESCO, a Eurasian shipping and logistics company. From 2007-2016, Steven was Head of Investment Banking and then Chief Executive Officer of Credit Suisse, Russia & CIS, based in Moscow. From 1997-2007, Steven was an Oil & Gas and Industrials investment banker, based in London and Los Angeles. Before joining Credit Suisse in 1997, Steven was Executive Vice President, Business Development for UniSite, one of the first companies focused on wireless tower collocation — a “sharing economy” pioneer which was later sold to American Tower.

Steven began his career at Latham & Watkins in Los Angeles in 1989, where he specialized in communications law and was involved in the launch of DirecTV. Steven holds B.A. (1986) & J.D. (1989) degrees from the University of California, Berkeley.